The company was founded on January 25, 1964, as Blue Ribbon Sports, by Bill Bowerman and Phil Knight,[1] and officially became Nike, Inc. on May 30, 1971. The company takes its name from Nike, the Greek goddess of victory. Nike markets its products under its own brand, as well as Nike Golf, Nike Pro, Nike+, Air Jordan, Nike Blazers, Air Force 1, Nike Dunk, Air Max, Foamposite, Nike Skateboarding, and subsidiaries including Brand Jordan, Hurley International and Converse. Nike also owned Bauer Hockey (later renamed Nike Bauer) between 1995 and 2008, and previously owned Cole Haan and Umbro.[8] In addition to manufacturing sportswear and equipment, the company operates retail stores under the Niketown name. Nike sponsors many high-profile athletes and sports teams around the world, with the highly recognized trademarks of "Just Do It" and the Swoosh logo. 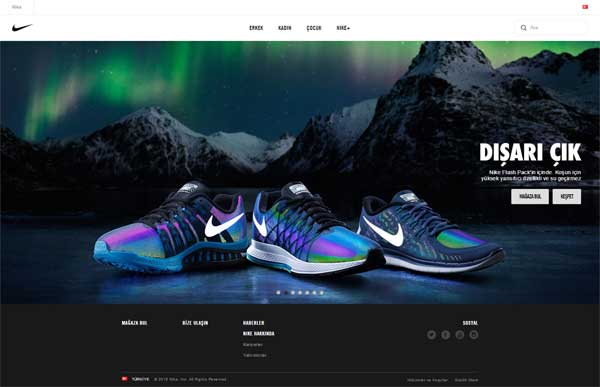